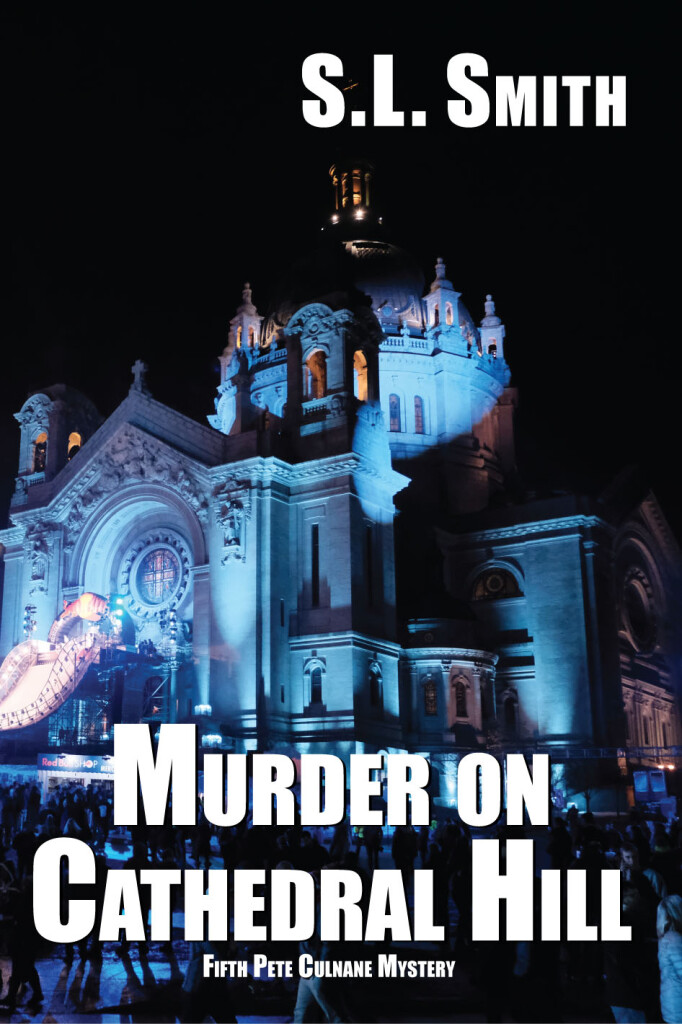 Four terrified adolescent girls are trapped in a prison of lies by their captor. A murder at the St. Paul Crashed Ice competition forces the girls to face a new set of threats. Their reluctance to share any information poses a challenge for Saint Paul investigators Pete Culnane and Martin Tierney. Mining for details about the victim, the search for the murderer takes Pete and Martin from Gainesville, Florida, to Rochester, Minnesota, and northward to Virginia, Minnesota. Pete and Martin are determined to help the girls escape their bondage. 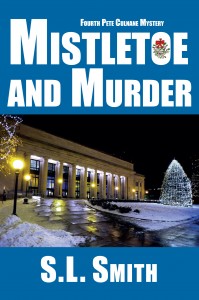 “Mistletoe and Murder is rife with the vagaries of a Minnesota winter chilling the most hardened detectives, Pete Culnane and Martin Tierney. Warmed up by the humor of the two main characters and their satisfying relationship, Mistletoe is a fascinating portrayal of a police detective’s life—complete with running down dead-end leads to surprises that no one saw coming. A fun read!” Thonie Hevron, award winning author of By Force or Fear, Intent to Hold, and With Malice Aforethought

“Neither the deep freeze of winter in Saint Paul, Minnesota, nor the barrage of bullets deter the brave detective duo of Pete Culnane and Martin Tierney from bringing their case to a satisfying close. Mistletoe and Murder, a well-written police procedural, begins on New Year’s Eve with the murder of publisher Collette Hammond, owner of Read Ink Press. In this, the fourth Pete Culnane mystery, Author S.L. Smith crafted a story that is wonderfully interwoven with events and important people in Pete’s and Martin’s lives, which makes the pages turn even faster. Mistletoe and Murder is a good read.” VJ Schultz, author of mysteries, romance, and fantasy

“Like its title, Mistletoe and Murder is a story that combines elements which might, at first, seem at odds. But S.L. Smith delivers a tale that interweaves both the bright promise of this iconic season and the dark reality of what it can deliver, especially where police work is involved. Smith understands the territory and mines it to good effect. For those who know the Twin Cities, there’s extra delight in tracking the action across familiar terrain. Don’t wait until Christmas to open this one.” William Kent Krueger, New York Times bestselling author

Auld Lang Syne with a Twist
As Collette Hammond orchestrates an elaborate New Year’s Eve wedding reception for her brother in St. Paul’s historic Union Depot, she never anticipates the evening might end in her own mysterious death. She collapses just before midnight. A fresh needle mark suggests narcotics. St. Paul police detectives Pete Culnane and Martin Tierney are called away from their holiday celebrations to investigate, launching a trip through a labyrinth of intrigue and deception.

Murder on a Stick: The Third Pete Culnane MysteryYYYYZZZZZZZ 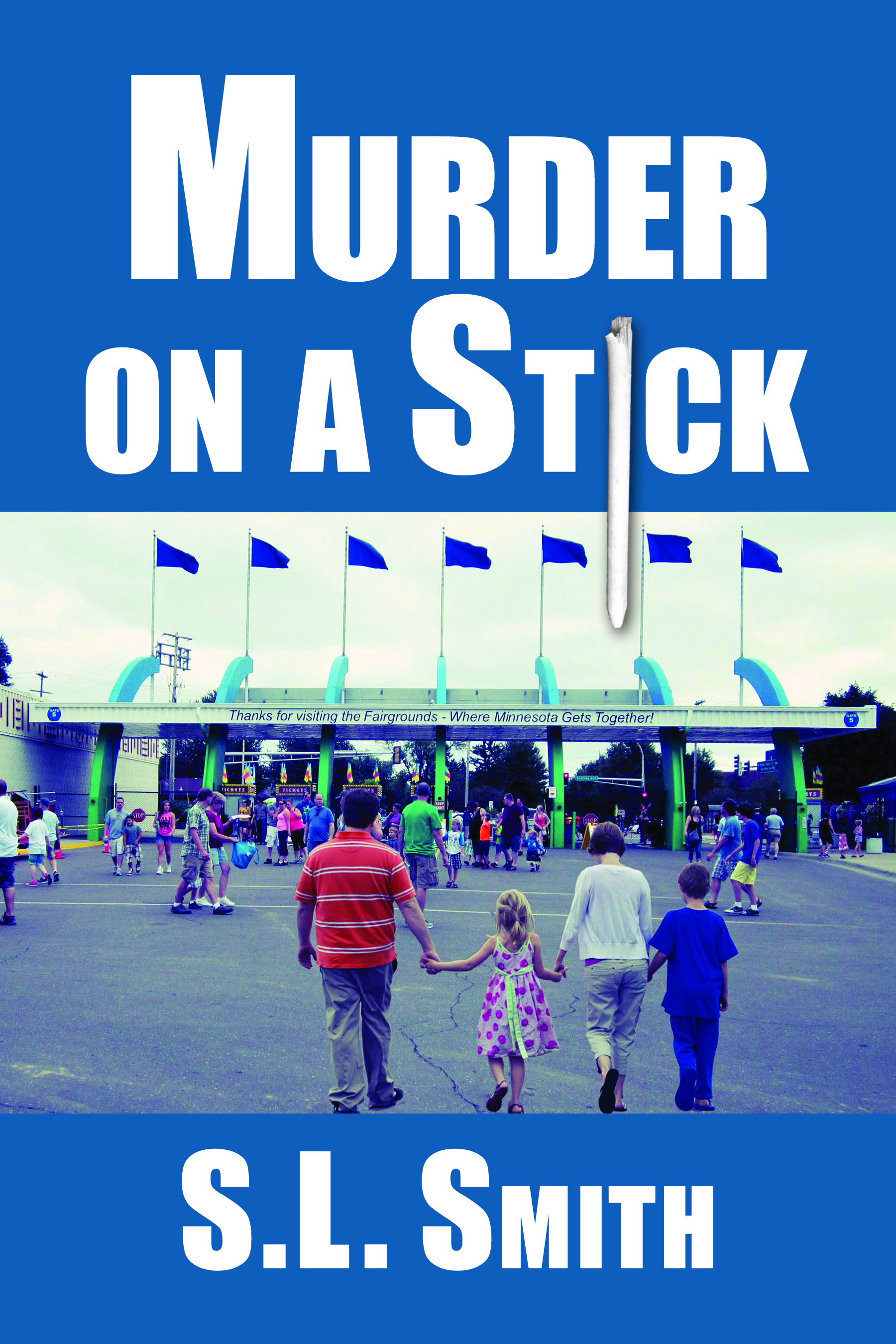 You can get almost anything on a stick at the Minnesota State Fair. This year, murder is added to the list. Despite the thousands of people in close proximity to the crime scene, efforts to find a witness are futile. Family and friends construct radically different portraits of the victim, and the list of suspects keeps growing. No suspect has a corroborated alibi. Three admit being at the fair that day. The investigation crisscrosses the Twin Cities, and travels from the fairgrounds to Rochester, Minnesota. St. Paul investigators Pete Culnane and Martin Tierney must separate fact from fiction, and determine whose lies mean what. 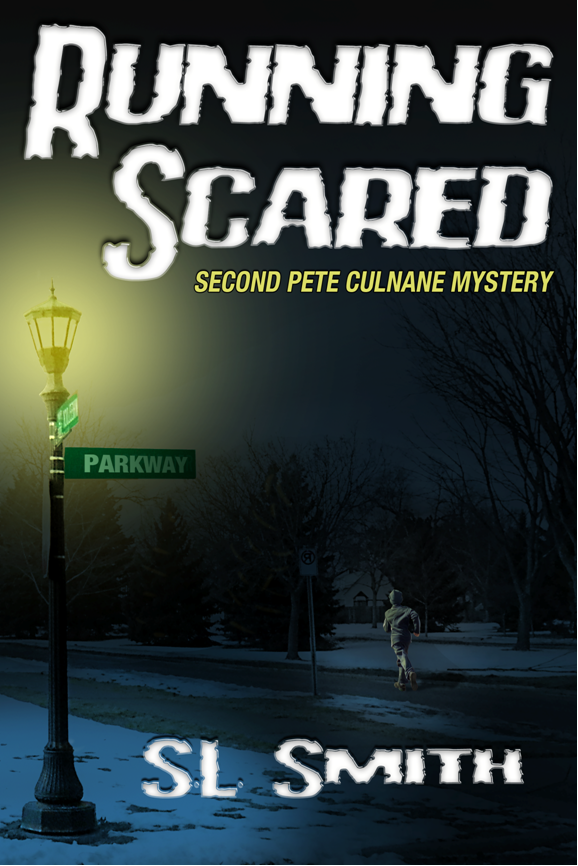 Nick Rice knows someone is after him. He doesn’t know who, and he doesn’t know why. Efforts to determine either or both are unsuccessful. This morning, during his daily run, he concocts a sure-fire solution. For the first time in weeks, he relaxes.

St. Paul investigators Pete Culnane and Martin Tierney are together again. They must determine if a horrific crash on Wheelock Parkway was accidental or deliberate. Their step-by-step investigation uncovers secrets that leave more than one person running scared.

Blinded by the Sight 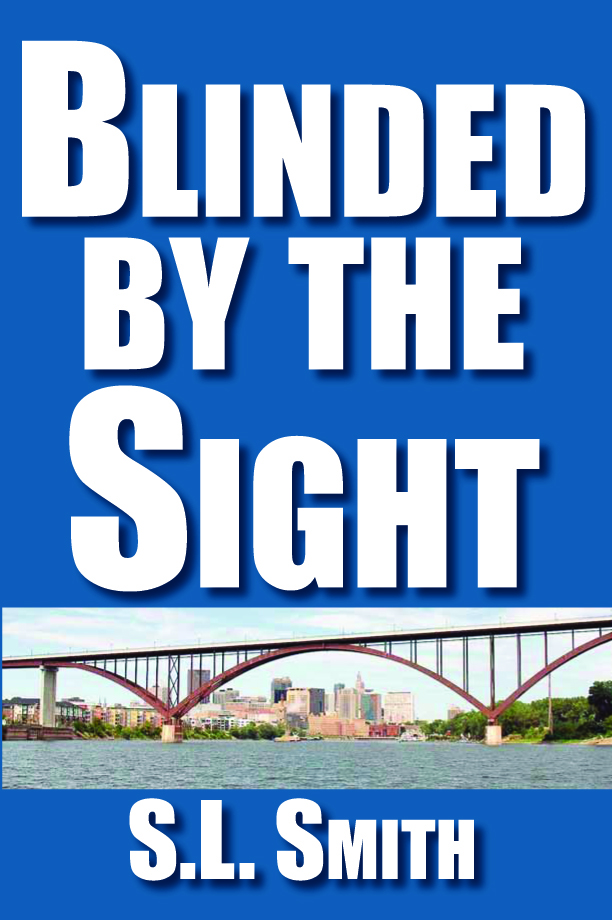 “When a homeless man is found near the Mississippi River in St. Paul, Minnesota, veteran Lieutenant Pete Culnane heads the investigation. This suspenseful tale of family secrets shows off the skilled writing of newcomer S. L. Smith and her deft handling of police procedures. BLINDED BY THE SIGHT is well worth a closer look.” Mary Logue, author of the Claire Watkins mystery series

“Blinded by the Sight is an intriguing mystery with a hometown feel, a fine debut novel.” Lois Greiman, award winning author of Unzipped
“Fans of Roger Stelljes take note! Pete Culnane’s a tenacious new investigator on the scene and will dog the bone of leads to the very end. A hummer of a debut by SL Smith.” Jessie Chandler, author of the Shady O’Hanlon Caper Series
“Blinded by the Sight is a delightful debut novel. Readers looking for a good police procedure won’t be disappointed, and anyone who knows the Twin Cities will have a ball mapping the action. Count me among the multitude of readers who will be watching for more to come from S.L. Smith.” William Kent Krueger, New York Times bestselling author of the Cork O’Connor mystery series

Police investigators Pete Culnane and Martin Tierney are as different as parchment and newsprint, and Martin’s insecurities are fed by Pete’s expertise and finesse. A homeless man wearing an eye-popping diamond ring is as inexplicable to both of them as the disappearance of the two boys who reported his body on St. Paul’s Upper Landing. Blinded by the Sight demonstrates how good intentions can go awry, resulting in unintended, life-altering predicaments.
Also, follow S.L. Smith on Facebook